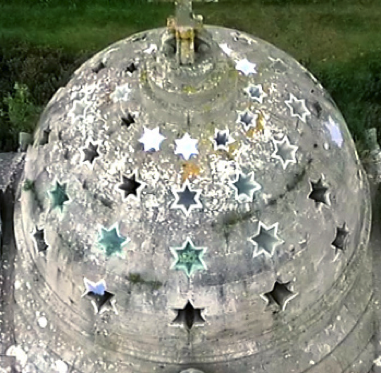 Who was Monteath Douglas?

Thomas Monteath (1788 – 1868) was an army officer in the Bengal Infantry. Born in Jamaica to a Scottish father and English mother, he rose progressively through the ranks, becoming increasingly senior as he distinguished himself in campaigns in India. In 1865 he was awarded the KCB for long service to the Empire.

In 1850 he inherited the fortune of his cousins Archibald and James Monteath (whose mausoleum now stands in the Glasgow Necropolis) together with the estate of Douglas Support (Lanarkshire), which came to his paternal grandmother Jean Douglas’s family through a labyrinthine series of wills and inheritances from the Douglas of Mains family line. He appended the Douglas name to his own in 1851.

In 1826 he married a widow, Lucinda Florence Boleau in Meerut, India. She died in 1837. Their eldest daughter Amelia married Sir William Scott of Ancrum in 1861 and died in 1890. The last known descendant of  Monteath Douglas died in Ancrum in the 1960’s.

In 1864, Thomas Monteath Douglas commissioned the architects Peddie and Kinnear to design his mausoleum on an imposing site at Gersit Law, overlooking the lands of his son-in-law, where the battle of Ancrum Moor had taken place during Henry VIII’s ‘rough wooing’ in 1545. Monteath Douglas died in 1868, and came to rest here, having secured for himself a solitary and commanding position over the surrounding landscape for future generations to look upon with awe.

On a warm summers afternoon in 2014, a group of friends were walking along Lilliards Edge when they came across the derelict and ivy-covered building which had once been the magnificent mausoleum. With little expectation of success they set up a Friends group and campaigned for its restoration, finding to their surprise that everyone thought it was a great idea. The land owners, the local authority and many local and regional groups supported their efforts and, despite some setbacks, the funding was finally secured in 2018 and work began in October of that year.

By the Spring of 2019 the building had been fully restored with new glazed stars in the roof, new oak doors and the whole building made fully watertight. Volunteers then took over to tidy the site, paint the metal railings around the perimeter, restore the lawns and install new pathways to improve public access.

The restored mausoleum was formally opened to the public on Sunday 7th July 2019. Following a successful trial of Open Weekends, there is now an annual schedule of Open Days throughout the summer months (see News section for details). On these days the car park is available for visitors use, and a guide is on hand to show people around and answer questions about Sir Thomas Monteath Douglas and his magnificent Mausoleum.

During the restoration works in 2018. Every joint in the stonework

Sadly, the mausoleum did not fare well in the 20th century after two World Wars, changes in land ownership and a different attitude to Britains colonial past. It was listed in Scotlands 'Buildings at Risk' register, but few people knew of its existence or location. By the turn of the new millenium, the building was abandoned, covered in vegetation and largely forgotten.

Read all about it

Thomas Monteath Douglas was a very private person. He left no personal diaries, not even a memoir of his army days in India. A single portrait of him, at the time of his knighthood, exists in the National Museum of Scotland, otherwise nothing of the man himself.

So it was a considerable task for local Borders historian John D.Wood to uncover the truth about Thomas, his upbringing, his long military career, and the enigmatic building he left to posterity. Over a ten year period John searched through the military archives, family records and even the labyrinthine Will of Thomas's great Aunt Margaret (which finally  bestowed the Douglas Support fortune upon Monteath), to discover the full story.

Friends of the Monteath Mausoleum have now republished "Monteath and his Mausoleum" as a pdf download, which is available for a small donation. John D.Wood's work has been brought up to date with some stunning photographs and new material from the archives. This is a unique resource, there are no other reference works about Sir Thomas Monteath Douglas.

The author has generously waived any fee for the publication, so all donations will go towards upkeep of the mausoleum.